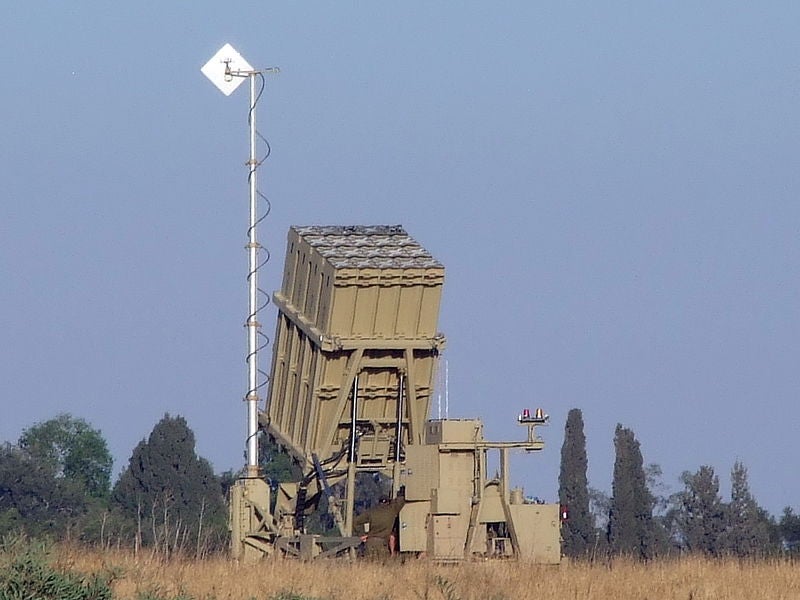 The Israeli Ministry of Defence (IMOD) has successfully test-fired an upgraded version of the Iron Dome anti-rocket defence system from an undisclosed location.

"The Defense Ministry has invested huge sums in multi-layer missile defence system that should be able, within a few years, to protect all of Israel," Barak added.

A sixth Iron Dome battery is currently during the final stages of development and is expected to become operational in 2013.

Equipped with a tracking radar, a battle management and weapons control unit and a missile firing unit, the system is capable of simultaneously intercepting multiple threats that are launched from a distance of 4km to 70km.

The Israeli Defense Forces (IDF) has deployed four Iron Dome batteries to date, of which two are currently operational at Ashkelon and Be’er Sheva and have reportedly intercepted Grad and Qassam rockets fired from Gaza in March and April 2011, respectively.

A total of nine batteries are expected to be deployed along Israel’s northern and southern borders as part of the IDF’s ambitious multi-layered defence programme to improve defence against ballistic missile threats.

The Armored and Counter IED Vehicles Market in Israel to 2024: Market Brief

The Electronic Warfare Market in Israel to 2025: Market Brief

The Electronic Warfare Market in Israel to 2024: Market Brief