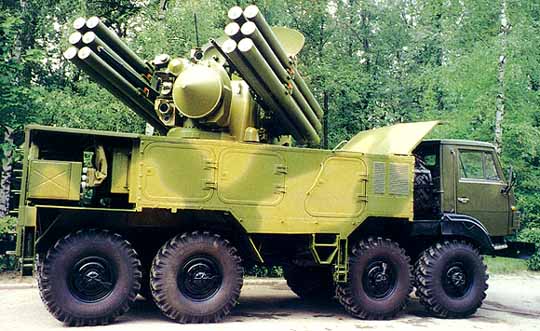 Iraq’s military is likely to receive air-defence systems and attack helicopters under contract from Russia in June 2013, the country’s foreign minister Hoshyar Zebari has revealed.

In an interview with Golos Rossii Radio, Zebari was quoted by RIA Novosti as saying that the multibillion dollar deal – held up by corruption allegations – was not cancelled and that deliveries were expected to start as soon as financial matters were resolved.

"I believe the first arms deliveries from Russia to Iraq will start before the beginning of the summer at the latest," Zebari added.

Hailed as Moscow’s largest arms deal since 2006, the $4.2bn contract was originally signed in early 2012, and confirmed by Moscow during Iraqi prime minister Nuri al-Maliki’s visit in October the same year.

However, an Iraqi Government spokesman was later quoted by Agence France Presse as saying that the deal was on put hold due to corruption allegations.

"When Maliki returned from his trip to Russia, he had some suspicions of corruption, so he decided to review the whole deal," the spokesman added.

Baghdad, which is struggling to defend its airspace following the US’s withdrawal in 2011, has not ordered any Russian weaponry since 2003.

The country is also expected to take delivery of an initial 18 out of 36 Lockheed Martin F-16 Fighting Falcon aircraft, ordered as part of a $3bn foreign military sales (FMS) deal from the US, in November 2014.

The Armored and Counter IED Vehicles Market in Russia to 2024: Market Brief

The Military GPS/GNSS Market in Russia to 2023: Market Brief

The Military Radar Market in Russia to 2024: Market Brief

The Military Satellite Market in Russia to 2024: Market Brief

The Military Simulation and Virtual Training Market in Russia to 2025: Market Brief