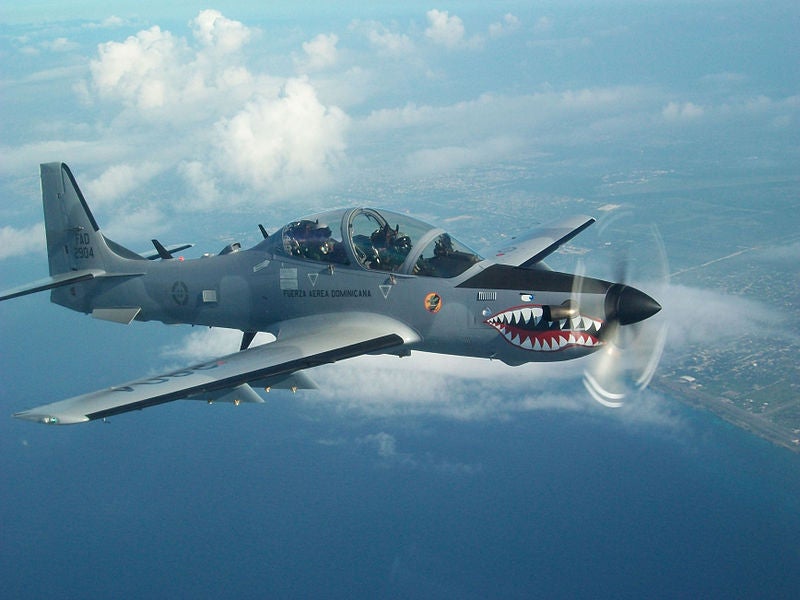 Embraer Defense and Security has signed a commercial contract with the Indonesian Air Force (TNI-AU) for the delivery of a second batch of eight A-29 Super Tucano aircraft at the 2012 Farnborough International Airshow, currently underway in the UK.

The new order follows a previous contract placed by the air force in November 2010 for an initial batch of eight light attack and tactical training aircraft, as part of the Indonesian Defence Force’s equipment modernisation programme.

Additional responsibilities under the first contract included delivery of ground support stations along with an integrated logistics package.

Luiz Carlos Aguiar, Embraer Defense and Security president, said the contract reflected the recognition given by the international customers to the quality of the Super Tucano aircraft.

”We are pleased with the confidence expressed by the Indonesian Air Force, and we are confident that the performance of the Super Tucano will be effective and excellent in the missions for which it was chosen,” Aguiar added.

The first four aircraft from the initial batch are scheduled for delivery in August 2012, while deliveries under the new order will take place in 2014.

Featuring an advanced electronic/optical/infrared and laser technology, secure radios with datalink communications and weaponry, the aircraft can also be used for pilot training purposes.

Defense and Civil Spends on Helicopters in Indonesia: 2016 to 2024