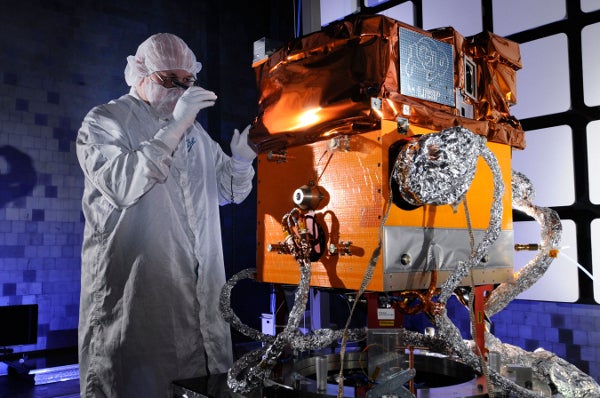 Ball Aerospace & Technologies has transferred the third US Air Force’s (USAF) STPSat-3 for launch to Wallops Flight Facility, which is located on Wallops Island, Virginia, US.

Representing the second spacecraft to have been built by Ball for the Department of Defense’s (DoD) Space Test Program, the Standard Interface Vehicle (STP-SIV) programme, the satellite is scheduled to be launched aboard a Minotaur I rocket in November 2013.

Strain said, ”Ball’s first SIV satellite, STPSat-2, launched in November 2010 and has exceeded its mission requirements and continues to operate three onboard experiments.

”The SIV is now part of the Ball Configurable Platform cost-effective product line that can be appropriately scaled from initial technology development missions like STPSat-3, to fully operational systems such as NOAA’s Joint Polar Satellite System.”

"The STPSat-3 will demonstrate the robust SIV spacecraft by carrying five payloads and a de-orbit module."

STPSat-2, the first satellite in the STP-SIV programme, was launched aboard a Minotaur IV rocket from the Kodiak Launch Complex, Alaska, US, in November 2010.

Image: The STPSat-3 has been transferred for launch to Wallops Flight Facility in Virginia, US. Photo: © 2013 Ball Aerospace.