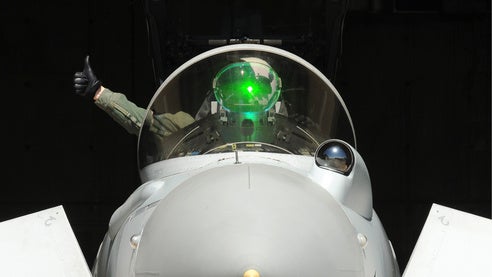 The upgrade package is expected to provide capability upgrades to a range of aircraft’s avionic systems, including the displays and controls, attack and identification, as well as defensive aids and communication sub systems, simultaneously offering availability and sustainability improvements to the fleet.

A Drop 2 package equipped Tranche 1 Typhoon has already completed its first test flight on 2 May 2012, at RAF Coningsby in Lincolnshire, UK.

The testing was conducted by 17(R) Test and Evaluation Squadron, which will continue to evaluate the aircraft in the future, prior to its roll out to the Tranche 1 fleet.

The package is jointly developed by BAE, German SUZ and QinetiQ, as part of a mutual support agreement between the partner nations.

A Capability Sustainment Team within BAE was first contracted by the UK Ministry of Defence (MoD), to develop Tranche 1 Drop1 upgrade, following closure of the Tranche 1 main development contract between the Nato Eurofighter and Tornado Management Agency (NETMA) and Eurofighter.

The package was integrated into the RAF’s Typhoon fleet, which was deployed in support of Libyan Operation Ellamy in 2011.

Typhoon is a twin-engine, canard-delta wing, multirole fighter designed for deployment in support of air operations, such as air policing, peace support and high intensity conflicts.

Image: The upgrades will be for a range of avionic systems in the Eurofighter-built Typhoon FGR4 multi-role combat aircraft. Photo: courtesy of BAE Systems.