Northrop Grumman has tested the second stage of its new OmegA rocket in Promontory, Utah, US.

This verified the motor’s ballistics and thermal performance along with the steering control and performance in a cold-conditioned environment. According to the company, 500 channels of data were collected by the test team to verify the motor.

The company said the development of OmegA is on-track following the successful test. 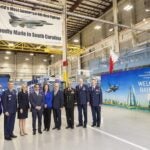 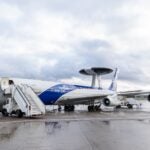 “Today’s firing is a significant accomplishment that demonstrates a domestic solution for the RD-180 rocket engine replacement.”

The first certification flight is expected to be launched in 2021.

This contract includes detailed design and verification of the OmegA launch vehicle and launching sites.

The company has earlier completed hot static test in May last year.

Development of OmegA launch system includes additional critical payloads to launch the system. Multiple flight-proven technologies have been integrated with the system.

In addition to accommodating national security payloads, the rocket has the capability to serve civil and commercial markets too.

Currently, Mobile Launch Platform-3 is being modified for OmegA’s assembly and launch platform.