ContinueLearn More X
Advertise with us 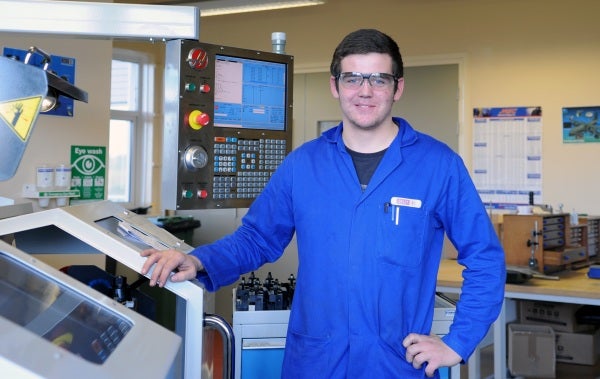 Will Mallinson is now in the second year of his apprenticeship.

Oxley Developments is making its biggest investment in apprentices in 15 years, and has plans for a further intake in 2014.

The company is recruiting new apprentices as part of strategic plans to avoid the loss of specialist skills as some of its longest serving employees approach retirement, and to enable expansion as they continue to service global customers in the aerospace and defence sectors.

Oxley currently has six apprentices in their first year of development and a further three in the second year of their apprenticeship, with plans to recruit more during 2014.

The areas in which they are working include engineering, process control, project management and business administration, and they range in age from school leavers to more mature entrants.

Joanna Harvey, aged 23, is currently a business administration apprentice working in the Components team at Barrow and undertaking training on a day release basis. Joanna had studied hairdressing at college but was keen to get more transferrable qualifications, and that led her to apply for the role at Oxley.

Jeff Hayward is 22 and was already employed at Oxley when he applied for an apprenticeship to obtain more formal qualifications and advance his career in electronics with the company. He is doing a two-year course in Electrical Engineering, spending four days a week in the business and one day in college with Gen 2 training.

Jeff said, "The combination of college work and on-the-job experience is working really well for me because the college work gives me an insight into the theory and that helps with the practical work I’m doing in my role as a technician."

In contrast Will Mallinson was just 18 when he joined the company and is now in the second year of his apprenticeship specialising in prototyping at the Oxley facility in Ulverston.

He explained: "We have an extraordinary range of skills within the company which, combined with a huge wealth of experience, enables Oxley to offer concept, design, manufacturing and testing to the very highest levels required to develop and supply products to demanding aerospace and military markets.

"Apprenticeships, along with on-going training and development of existing staff are vital for enhancing our capabilities. This investment, alongside the significant spend we have made in a new state of the art production facility this year will mean Oxley is well placed to move forward in delivering world class products to our customer base."

More about this company

Follow this company to receive notifications when they update