However, one of the aspects of ensuring military capability is the availability of these devices to the armed forces as and when they need them. This is where the supply chain, lead times and availability have come to through interesting questions to concerned parties from the Pentagon to Canberra and everyone in between.

An interesting development to solve this was the development of 3D printing and eventually 3D printed metal and composite parts with the strength and durability required in the defence space. While Canberra has been testing and deploying 3D printed metal parts on its naval vessels, the US Navy and Air Force have experimented with different parts as well, with the F-35 having several components being 3D printed to save time and cost in manufacturing and naturally will result in greater turn around for maintenance of those parts.

It should therefore be no surprise that components of the KF-21 will also be 3D printed, with Doosan Heavy Industries & Construction announcing that it had and will supply components of the jet’s air circulation system. The benefits outlined here were to promote localised manufacturing of components, save time and reduce emissions. 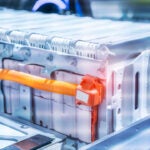 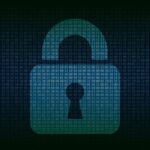 Making this shift almost mainstream, it was also shown recently how the USAF and Essentium had partnered to drive the development and deployment of additive manufacturing. One of the focus areas here was not only to improve on time and cost to source parts but also to procure parts that were no longer in production.

With greater advances in 3D printing, the safety and reliability of each part tested and confirmed and the continued push to reduce waste, time and costs in maintenance and manufacturing, the possibilities presently are limitless for the growth of this technology.