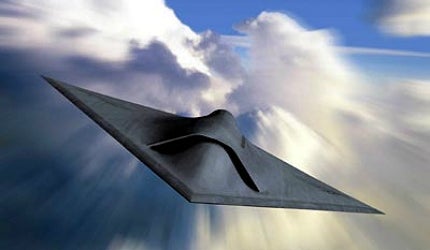 As the typical demands of a conflict evolve, air forces across the world are examining the possibility of carrying out attacks without endangering the lives of servicemen. Unmanned combat UAVs, having been developed from their reconnaissance predecessors, offer just that solution.

Although aircraft such as the MQ-9 Reaper have seen substantial action in conflicts within Iraq and Afghanistan, a whole raft of new UCAVs possessing new and emerging capabilities are beginning to come to the fore.

Perhaps the most notable of which are the European duo of BAE’s Taranis and Dassault’s nEUROn programme.

A recent memorandum of understanding signed between the governments of France and the UK have outlined a future collaboration on the development of a UCAV, combining the strengths of both the Taranis and nEUROn projects. Any subsequent vehicle promises to more than match the current family of UCAVs. 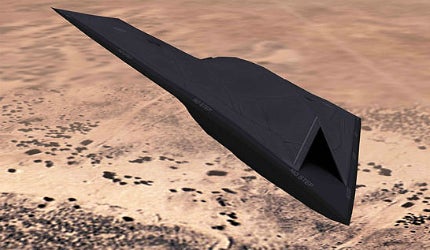 BAE System’s Taranis UCAV, unveiled in July 2010, is the culmination of a £143m joint programme to design an unmanned air vehicle demonstrator.

Once fully developed, the Taranis will be capable of delivering weapons to a battlefield in another continent with a high level of autonomy, filling capability gaps in the RAF’s future fleet.

The first flight trials of the UCAV are expected to start in 2013 at the Woomera range in south Australia. Ground testing commenced in 2010, however emulated weapons release trials are still to be arranged. 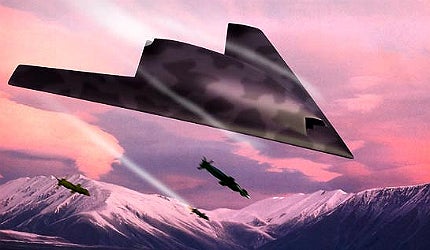 The nEUROn programme has been established to sustain and develop technologies from European manufacturers for next generation combat aircraft, with the result being a Dassault-manufactured UCAV.

Ground tests and a first engine run-up were completed in 2011, with the first flight of the aircraft scheduled to take place later in 2012. While flight tests will take place in France, further tests will commence in Sweden and Italy.

The UCAV has been designed to launch precision-guided munitions from an internal weapons bay while also possessing a stealth airframe and reduced radar signature. 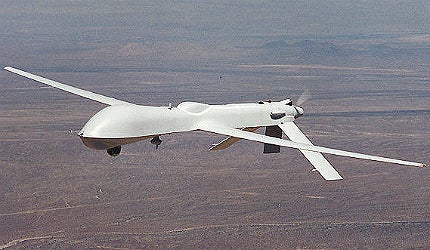 Arguably the most world-renowned UCAV is the MQ-1 variant of the RQ-1 Predator, a long-endurance, medium-altitude unmanned aircraft system that was originally designed for surveillance and reconnaissance missions.

The drones are controlled by operators in a control station, built within a 30ft trailer. 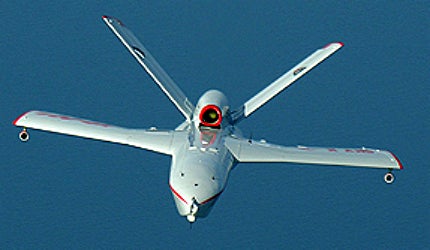 The Sky-X has been designed, developed and financed by Alenia Aeronautica of Italy to be the first European UAV to fly within the 1,000kg category. Development began in 2003 before being flown 18 months later, with automatic flight systems for the aircraft being developed by Alenia.

Having demonstrated these abilities using the Sky-X, Alenia was recruited into the nEUROn programme with a consistent development share, with some of the technologies finding their way into the Dassault-built aircraft. 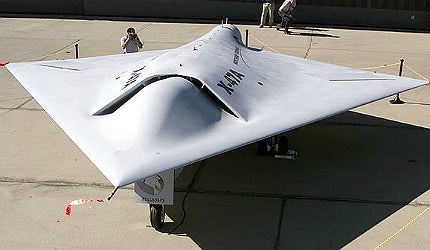 The aircraft’s first flight was successfully completed in February 2003

Although initially developed under private funding from Northrop Grumman, the Pegasus UCAV received its X-47A designation in June 2001 and provided a proof of concept for the UCAV-N programme, jointly managed by the US Navy and Defense Advanced Research Projects Agency (DARPA).

The aircraft’s first flight was successfully completed in February 2003, following which Northrop Grumman received a contract from DARPA for three X-47 demonstrator UCAVs.

Development of the programme was subsequently handed over to the US Navy, with first carrier launches and recoveries of the X-47 planned for demonstration in 2013, and autonomous aerial refuelling test scheduled to take place in 2014. 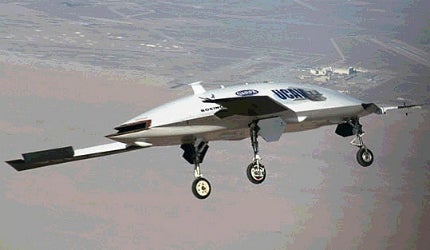 Originally managed by DARPA, the project was handed over to the US Navy and US Air Force in October 2005

Originally managed by DARPA, the project was handed over to the US Navy and US Air Force in October 2005. By that time, the X-45 had already completed a series of test flights and weapons test, including dropping a 250lb inert small smart bomb (SSB).

After the X-47 was revealed to be DARPA’s vehicle of choice, Boeing announced plans to use the X-45 prototype vehicle as a test bed for advanced air system technologies under an internally financed programme labelled Phantom Ray.