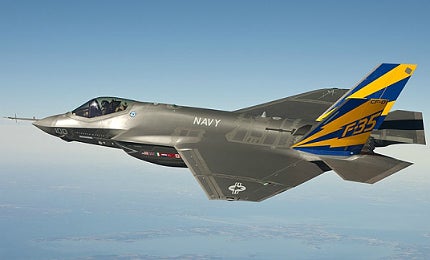 "Vulnerabilities throughout the defense supply chain allow counterfeit electronic parts to infiltrate critical US military systems, risking our security and the lives of the men and women who protect it," said Senator John McCain in May, at the release of a Senate Armed Services Committee (SASC) report into the issue.

"Fake parts may pass initial testing, and so escape detection at the system manufacturing and assembly stage."

Based on the results of a year-long investigation instigated by Sen. Carl Levin, SASC chairman, and Sen. McCain, the publication – ‘Inquiry into Counterfeit Electronic Parts in the Department of Defense Supply Chain’ – makes for damning reading. For 2009 and 2010 alone, the report catalogues 1,800 cases involving bogus parts in assemblies destined for use in aircraft as diverse as transport, special-ops helicopters and state-of-the-art surveillance planes, totalling more than a million individual suspected fake components.

Affected systems included the Electromagnetic Interference Filters used on night-flying missions and essential for the integrated ‘Hellfire’ missile firing system on SH-60B helicopters, the displays of C-17 Globemaster III and C-130J cargo planes, and the ice-detection modules on modified Boeing 737s (the US Navy’s P-8A Poseidon).

In just one example cited, a single Chinese source – Hong Dark Electronic Trade – was found to have introduced around 84,000 suspected counterfeits into the Department of Defense supply, and hence into a range of military hardware, including the Traffic Alert and Collision Avoidance Systems (TCAS) intended for the C-5AMP, C-12 and Global Hawk.

It all adds up to a massive problem, and while there have been no directly comparable studies released by other nations, given the nature of global defence procurement and the ubiquitous presence of counterfeit products in general, it seems unlikely that the US situation is unique.

The most obvious concern is the question of reliability.

"In many respects, the military supply chain faces a ‘perfect storm’ formed by this growing proliferation of electronics in equipment."

As Samsung are quoted as saying in the SASC report, "semiconductor components have limited useful lives," and just how well counterfeit parts, whether newly manufactured ‘copies’, or cleaned and re-conditioned originals, salvaged from e-waste, will perform – or for how long – simply cannot be gauged.

Fake parts may pass initial testing, and so escape detection at the system manufacturing and assembly stage, only to fail when subjected to the rigours of active military service – and fail unpredictably. Couple this with the growing incidence of commercial spec components being fraudulently re-badged as military grade, and the size of the potential ticking timebomb in military inventories becomes all too apparent.

To put it in context, according to the US Defense Advanced Research Projects Agency (DARPA), the new carrier-based variant of the next-generation, multirole Joint Strike Fighter contains more than 3,500 individual integrated circuits alone. When modern aircrews increasingly depend on ever-more sophisticated systems, the failure of a single part can herald catastrophic results.

"Today, systems can comprise of complex assemblies of components sourced from any one of a thousand or more manufacturers."

In many respects, the military supply chain faces a ‘perfect storm’ formed by this growing proliferation of electronics in equipment, coming at a time when the pre-eminence of the defence industry manufacturing base in the semiconductor market has much declined. Whereas once such electronics represented rarefied technology, produced by only a handful of companies – and often heavily subsidised by defence budgets – today, systems can comprise of complex assemblies of components sourced from any one of a thousand or more manufacturers.

In addition, the continual ongoing development and short production lifetime of modern commercial electronic components exposes military systems to significant risk of parts obsolescence, and in the absence of available original spares, defence companies are left with little choice than to turn to independent sources for replacements.

Inevitably, the old approaches that worked when – in the case of the US – 80% of the first tier suppliers were home-grown can no longer be relied upon to keep counterfeits out of the supply chain in the face of this changed global industry.

Keeping out the counterfeits – where is the problem?

Sophisticated equipment and advanced labelling techniques can make spotting counterfeit parts virtually impossible, and the lucrative nature of the trade means that counterfeiters are constantly honing their abilities to sidestep fraud prevention measures.

"In the days of the Cold War, procurement standards were very stringent, and virtually every component had to be thoroughly reviewed."

Although, as one independent testing lab told the SASC committee, counterfeiters already use techniques far beyond the scope of many legitimate suppliers’ in-house detection techniques, improving the inspection of imported components could be one way to help. While more aggressive procedures alone will not eliminate the problem, they should reduce the number of fakes making it through, and thus reduce their overall impact on military aviation.

Allied to this approach, additional strong testing regimes could also be used to weed out fakes at an earlier point in the supply chain. Currently, there is often considerable variance between the routine tests carried out both between individual defence contractors, and between contractors and the relevant air force itself. Some parts, for instance, may undergo only basic procedures designed to ensure their functionality; as a result, their counterfeit nature may not be discovered for some time, if at all.

Even after a failure, counterfeit components may still remain undetected, since fault analysis frequently investigates the cause at the board – or other appropriate lowest replaceable unit – level, and so may not identify a specific fake as the problem.

With independent distributors playing pivotal roles in much of procurement, a programme of effective auditing might be another way to begin to cut off the counterfeit supply, by establishing a network of ‘trusted suppliers’ and thus significantly mitigating the risk involved in purchasing components in this way. It is a policy already implemented by the US Missile Defense Agency, based on site inspections and past performance audits – and up to the end of 2011, one that has seen the rejection of more than half of the fifty or so suppliers examined as representing a moderate to high risk of supplying fakes.

Strong reporting and notification structures too, could also help. Establishing clear avenues of communication through which defence departments can be informed quickly when problems have been detected, to minimise the risk to systems in service – and the personnel who depend on them – and keep other contractors appraised of suspect suppliers, bring obvious benefits to the sector.

The US DoD is in the process of implementing just such a system, and it is likely that other nations will soon follow suit.

Underlying cause – has China failed to police the counterfeit market?

Senator Levin lays the blame of much of the US Air Force’s current problems firmly at the door of "China’s failure to police the blatant market in counterfeit parts" – and it is undoubtedly true that Chinese electronic fraudsters do appear to lead the trade. The underlying cause, however, perhaps lies beyond the scope of government intervention or international politics.

In the days of the Cold War, procurement standards were very stringent, and virtually every component had to be thoroughly reviewed and tested before it could be put into mission critical systems, but that approach is very expensive to maintain – particularly in this economic climate.

Today, commercial-off-the-shelf products have become the mainstay of military programmes, and should give the forces the equipment they need at the lowest possible price to the taxpayer. Unfortunately, it also provides the ideal environment for parts counterfeiters to thrive.

With defence budgets limited, changing that may prove to be an uphill struggle.

The F-35 Lightning II joint strike fighter (JSF), is being developed by Lockheed Martin Aeronautics Company for the US Air Force, Navy and Marine Corps and the UK Royal Navy.

Pre-emptive strike: how the US could neutralise Iran

Should Iran continue to ignore threats regarding its nuclear programme, just how could the US neutralise the nation?

As hearing-loss associated compensation climbs, the USAF has been forced to hear cries for jet engine noise reduction technology.