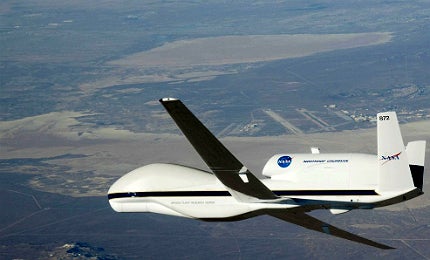 The US Air Force’s penchant for UAVs has attracted steadfast support and raucous condemnation in equal measure. While their ability to remove invaluable servicemen from danger has been applauded, the ethical dilemma associated with placing the lives of human beings in the operating mechanisms of a piloted robot has been exhaustively scrutinised.

The debate has failed to detract from further development of such technology, as demonstrated by the US Air Force’s development of a UAV capable of conducting long-lasting constant surveillance operations without the need to regularly return to base.

High altitude long endurance (HALE) UAVs have sparked enthusiasm given their ability to stay in the air for days on end, a highly attractive concept for a defence force tasked not only with monitoring remote regions hours away from civilisation, but also entire coastlines. 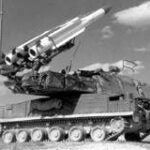 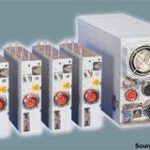 Phantom Eye rises to the occasion

"High altitude long endurance (HALE) UAVs have sparked enthusiasm given their ability to stay in the air for days on end."

A considerable amount of this new enthusiasm is being directed towards Boeing’s Phantom Eye, an evolution of the company’s Condor aircraft that set new records in the 1980s. Boeing’s demonstrator aircraft, which is built to a 60-70% scale of the objective system, recently completed its second test flight without a hitch under the watchful eye of the US Air Force.

The demonstrator aircraft, pieced together by Boeing and its collaborators, including Ball Aerospace, Aurora Flight Services and Ford, was first revealed in July 2010. With a wingspan of 150ft, the demonstrator was said to be capable of flying for up to four days continuously, reaching altitudes of 65,000ft and a cruise speed of 150kn. The aircraft is also capable of holding a payload weighing up to 450lb, although this will strictly be used to maintain systems used in persistent surveillance, rather than weaponry.

The first major development of the aircraft began in March 2010 when a prototype propulsion system completed an 80-hour test in an altitude chamber, the success of which triggered the production of a propulsion chamber and airframe. The aircraft is powered by two Ford-produced 2.3 litre engines, a reduction gearbox and a four-blade propeller. Due to the oxygen-starved nature of the altitudes at which the aircraft is designed to fly, the engines were designed to include a multiple-turbocharger system.

Phantom Eye completed its first flight in June 2012, taking off from Edwards Air Force Base and reaching an altitude of 4,000ft. After flying for 28 minutes and reaching 62kn, the aircraft attempted to land, but suffered damage after its landing gear dug into a lake bed during its landing phase. Boeing followed this up, after making some improvements to its landing gear, with a second flight test in February 2013, which proved even more successful. Climbing to 8,000ft, the Phantom Eye flew for 66 minutes and landed safely.

To date, the Phantom Eye has fared better than AeroVironment’s contender for the HALE market. The company’s Global Observer UAV was designed as a concept to act as a stratospheric geosynchronous satellite system that would be capable of covering a surface area with a diameter of 600 miles, equivalent to a total area of 280,000 square miles. The aircraft was identified as a potential solution for a capability gap in persistent ISR communications relays and particularly pricked the ears of the US Navy and Coast Guard, given its ability to monitor entire coastlines and track suspicious activity.

"Boeing’s demonstrator aircraft, which is built to a 60-70% scale of the objective system, recently completed its second test flight."

Designed to stay in the air for five to seven days at an altitude between 55,000 and 65,000ft, the liquid-hydrogen fuelled aircraft had a wingspan of 175ft, but could still operate from conventional runways. After completing its first test flight in August 2010, the Global Observer suffered an embarrassing fall to earth, in both a literal and metaphorical sense.

Approximately 18 hours into the aircraft’s ninth test flight in April 2011, a joint US Government and AeroVironment team was expanding its flight envelope when GO-1 crashed, causing no damage to other property. An investigation into the incident was launched, but to date information regarding the crash and the subsequent future of the aircraft has been scarce.

With the Global Observer’s liquid-hydrogen powered counterpart – Boeing’s Phantom Eye – continuing to make quiet progress, competition to the demonstrator aircraft could take the form of an entirely different approach.

Compared to the Phantom Eye and Global Observer, Northrop Grumman’s RQ-4 Global Hawk is almost outdated, having made its first flight in February 1998. What its detractors will label as ageing, however, others will regard as proven, with the capabilities of the UAV demonstrated in various conflicts.

With a surface ceiling of approximately 60,000ft, the RQ-4B can certainly match HALE UAVs provided by Boeing and AeroVironment, and the aircraft’s surveillance capabilities have been proven in operations within Afghanistan, Iraq and Libya. Block 40 RQ-4s, which are due to be delivered to the US Air Force in 2014, will possess newer sensor capabilities, including an MP-RTIP radar that will emphasise surveillance over reconnaissance. In essence, newer tranches of RQ-4s are becoming smarter, rather than deadlier.

However, with the aircraft’s flight endurance capped at 28 hours, extensive surveillance missions would be out of the RQ-4’s reach. That was until October 2012 at least, when the US Defense Advanced Research Projects Agency (DARPA) successfully completed autonomous refuelling trials with two RQ-4 Global Hawks, demonstrating that UAVS could refuel in mid-air in the same fashion that manned aircraft have been doing for decades.

Solution under the USAF’s nose all along

The testing saw two aircraft fly to within close proximity of each other in nine separate test flights, taking place at an altitude of 44,000ft. The Nasa-owned RQ-4s never physically linked, but DARPA analysis estimated that the aircraft could have done so and exchanged duel on up to 60% of the attempts; far greater than the anticipated success rate of 17%.

"The goal of this demonstration was to create the expectation that future HALE aircraft will be refuelled in flight," said DARPA programme manager Jim McCormick, hinting that the RQ-4 could be seen as a genuine contender to match the mission capabilities of the longer-lasting Phantom Eye.

If the US Air Force is seeking to produce an entirely new aircraft capable of mounting long-lasting surveillance missions, then the Phantom Eye seems to be best placed. The eco-friendly nature of the aircraft – its liquid-hydrogen fuelled propulsion system generates only water as a byproduct – also fits the US Air Force’s current remit to be as environmentally responsible as possible.

Successful developments in the autonomous refuelling of RQ-4 aircraft do, however, represent a significantly more economical alternative, forgoing the costs associated with bringing an entirely new aircraft to manufacture.

Whichever route the US Air Force takes, the capability to mount surveillance operations lasting days, rather than hours, appears to be years away from being possible.