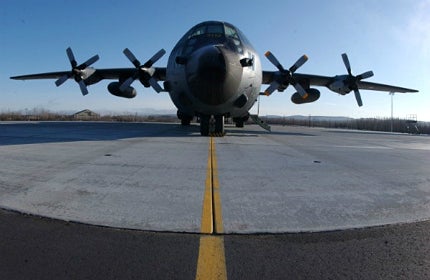 General Atomics Aeronautical Systems (GA-ASI) has launched an independent research and development (IRAD) programme for production of a variant of its combat proven Predator B remotely piloted aircraft (RPA).

Based on the company’s Block 5 Predator B aircraft capabilities and advanced cockpit ground control station (GCS) layout, the variant is designed to achieve full compliance with the airworthiness requirements of the US Air Force (USAF) and other anticipated Nato foreign customers.

The multination, certifiable and exportable system is capable of providing improved capabilities required for integration into domestic and international airspace.

The Royal Norwegian Air Force (RnoAF) has taken delivery of the first High Mobility Launcher (HML) from Raytheon for use on its National Advanced Surface-to-Air Missile System (NASAMS).

The delivery forms part of a multimillion-dollar contract secured by Raytheon and its partner, Kongsberg, for supply of an unspecified number of HMLs to help enhance the NASAMS system’s overall capability in December 2011.

Russia has reportedly offered a new type of air defence system to Iran as a substitute for the S-300 surface-air-missile (SAM) systems the country was originally scheduled to supply as part of an $800m contract signed in 2007.

The proposal includes the Antei-2500 anti-ballistic missile system, which is capable of intercepting up to 24 aircraft within a range of 200km, or 16 ballistic missiles simultaneously, Kommersant has reported, citing unnamed officials in the Russian arms trade industry.

The officials did not, however, provide further information about the offer, which represents Moscow’s second attempt to bypass a $4bn lawsuit filed by Tehran in the Geneva International Court of Justice over cancellation of the contract in April 2011.

Signed with the MoD’s National Armaments Directorate, the deal seeks the immediate establishment of a joint working team to define technical specifications of the aircraft and draw the course of action for the preliminary study and cost-effective development, with the aim of possibly entering into service between 2017 and 2020.

Canada has successfully communicated with a US Air Force (USAF) team through an Advanced Extremely High Frequency (AEHF) satellite system during testing at an undisclosed location.

The milestone makes the country the first international partner to communicate using the Lockheed Martin-built satellite, as the USAF continues to deploy the system.

During testing, a secure mobile anti-jam reliable tactical terminal (SMART-T) from a location near Ottawa, Canada, was used by a US-Canada team for the exchange of data with the USAF’s fourth Space Operations Squadron located at Schriever Air Force Base in Colorado, US.

Saraswat was quoted by Press Trust of India as saying that the bombs can be directed towards planned targets using guidance mechanisms following release from the Indian Air Force’s (IAF) fighter jets.

"Such a capability will allow the IAF pilots to drop the bombs at their intended targets from stand-off distances as the glide capabilities will help in enhancing the range of the bombs," Saraswat added.

Awarded by the French Direction Générale de l’Armement (DGA), the €1.25m contract requires the company to design an avionics glass cockpit upgrade, and integrate modifications and role equipment required to increase the tactical capabilities of the C-130H fleet.

In a statement released at the ongoing Paris International Air Show at Le Bourget Exhibition Center in France, the companies said the programme will support the European armed forces’ capability needs, while enabling joint research and development funding during difficult budgetary situation.

”The programme would be orientated to foster the development of high technologies and contribute to sustaining key competencies and jobs within Europe,” the statement added.