At least ten soldiers died following the crash of a Hellenic Air Force (HAF) F-16 Fighting Falcon jet at the Los Llanos base near Albacete, Spain.

The aircraft crashed into another jet on the ground of the base on 26 January at 3:30pm local time.

Spanish Prime Minister Mariano Rajoy was quoted by Telecinco as saying: "It appears that there are two people who died and who have Greek nationality, and eight French." 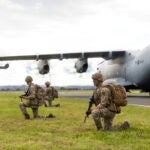 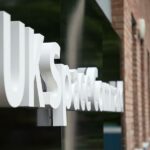 Airbus Defence and Space announced plans to restructure the A400M Atlas aircraft programme amid increasing criticism from the European governments over production delays.

Only 11 aircraft have been delivered to-date, including six to France, one to Germany, while the UK and Turkey each received two airlifters, after production delays, cost overruns and technical faults.

Even though the Russian aircraft did not enter UK sovereign airspace, they were escorted by British Typhoons until they left the UK flight information region in a mission that lasted for more than 12 hours.

An RAF Control and Reporting Centre Boulmer master controller said: "Thanks to our integration with air defence systems across Nato, we were able to begin mission planning early and therefore were ready to act in good time."

USAF selects Boeing 747-8 as next Air Force One

Boeing’s 747-8 wide-body jet airliner was selected by the US Air Force (USAF) to serve as the next presidential aircraft, commonly known as Air Force One.

The current presidential air transport fleet comprises two VC-25s, which are specially configured Boeing 747-200B airliners carrying tail numbers 28000 and 29000. These often operate in conjunction with Marine One helicopters.

US Air Force secretary Deborah Lee James said: "The Boeing 747-8 is the only aircraft manufactured in the US (that), when fully missionised, meets the necessary capabilities established to execute the presidential support mission, while reflecting the office of the president of the United States of America, consistent with the national public interest."

The US Department of Defense (DoD) announced that all classified data about the F-35 Lightning II joint strike fighter (JSF) programme remains secure despite the alleged hacking attempts by China.

US National Security Agency (NSA) intelligence whistleblower Edward Snowden leaked documents saying the Chinese hackers stole as much as 50TB of classified data about the fifth-generation aircraft, including radar designs and engine schematics.

However, the F-35 Program Office said the documents published by Der Spiegel ‘rehashed’ a previously disclosed and reported 2010 incident that compromised only non-classified data about the F-35.

In October 2014, Raytheon beat Northrop Grumman and Lockheed Martin to win a $19.5m contract for engineering and manufacturing development of a new expeditionary radar that can detect, identify and track drones, missiles, and aircraft.

The contract covers procurement of three radars and options for an additional three systems and product support that bring the total value to around $71.8m.

The E-2D Advanced Hawkeye airborne early warning and control (AEW&C) aircraft and the RQ-4 Global Hawk unmanned aircraft system (UAS) were chosen under a process known as type selection, which identifies the capabilities and systems to be purchased to address specific defence requirements.

Following the selection, the US Government will be asked to enter into the foreign military sale (FMS) process for the two systems.

The delivery came more than three decades after the project was sanctioned. It is expected to pave way for the aircraft induction and subsequent formation of the first Tejas squadron.

Indian Air Force Chief of Air Staff air chief marshal Arup Raha said the LCA is the need of the hour in wake of the operational requirements of the air force.

However, the aircraft is expected to achieve final operational clearance (FOC) only by the year-end. This is a further six-month delay from the earlier time limit of June, as reported by The Hindu.

The US Department of Defense (DoD) selected Royal Air Force (RAF) Lakenheath in the UK as the first permanent European base for its F-35A Lightning II joint strike fighter aircraft.

Located in Suffolk, RAF Lakenheath will host two US fighter squadrons, each with 24 fighters.

The engineering, manufacturing and development phase of the programme used a Boeing 767-2C, which flew from Paine Field, Washington and landed at the Boeing field in Seattle after a successful flight for three hours and 32 minutes.

The 767-2C freighter aircraft is only an initial step in the KC-46 Pegasus development programme.